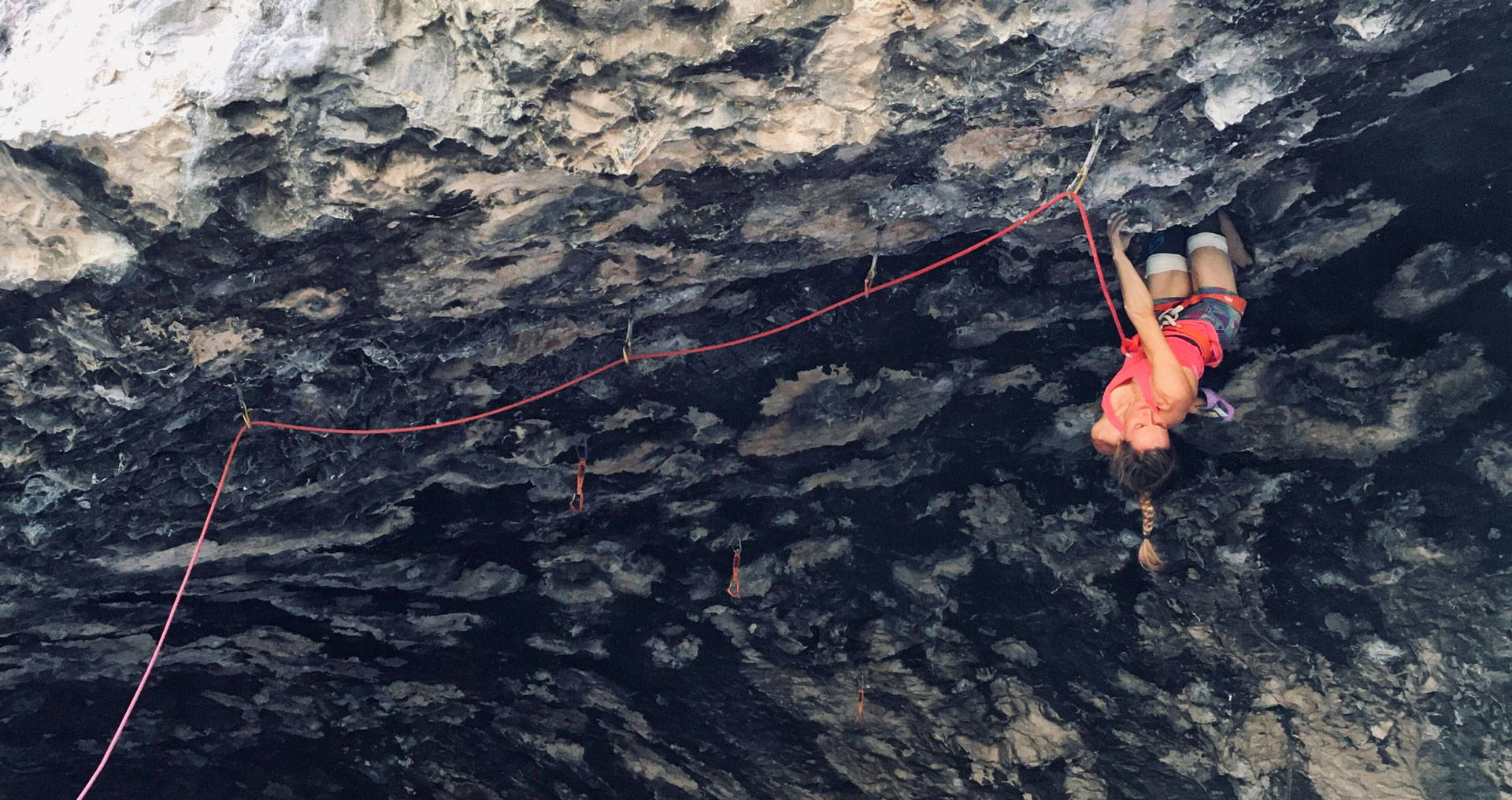 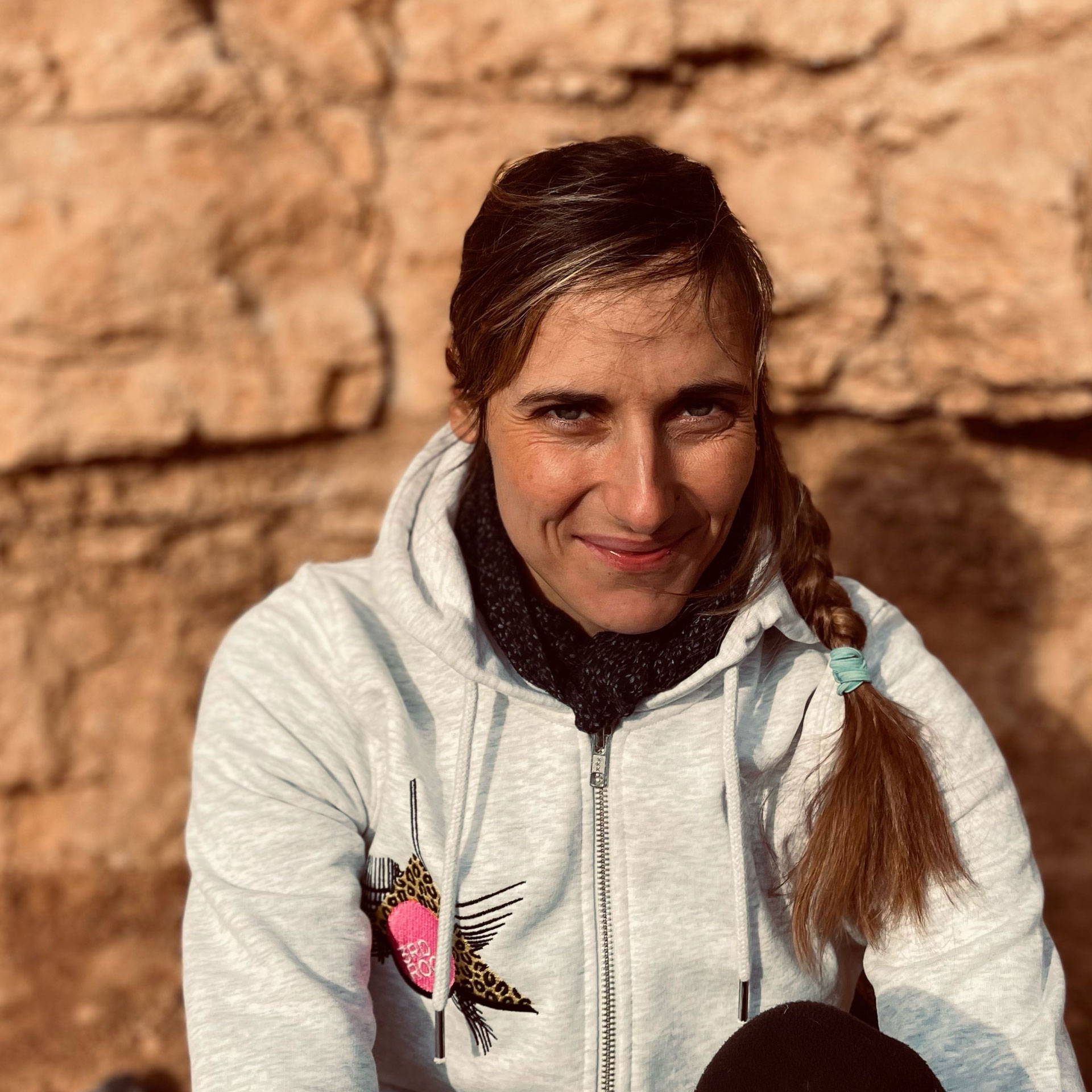 
“Do not judge yourself harshly as a failure. Just start again. Every day is a new day. An opportunity for a new beginning. Because you are alive, everything is possible”

Alizée was born in Pessac, South West France, closer to the sea than the crag! Coming from a family with a history of sporting achievements (her parents both experienced track and field athletes) Alizée introduced to climbing aged 10 by her Dad as he looked to explore the world of rock climbing and in those early years her spare time was split between pole vaulting at the track and the crag but in climbing, Alizée had found her real passion. Encouraged in both activities by her father who was an accomplished pole vaulter and climber, he instilled and nurtured a belief in her own abilities that still continues to this day.

“I always wanted to reach the top and would refuse to come down until I’d touched the anchor. My father never added pressure to succeed, but I always wanted to impress him and show him that I could but as he always believed in me, he was tough to impress!”

Aged 14, Alizée began competing in climbing events and quickly joined the French climbing team. When she turned 15 Alizée competed in the climbing World Cups in both Lead and Boulder and became Youth World Champion. However the gruelling schedule of training and competing soon wore on Alizée, missing the freedom and spirit of adventure that came with the weekends spent climbing carefree at the crag but despite some notable outdoor sends including her hardest route to date Putain Putain 8b/+ at Gorges du Tarn, she succumbed to the lure of fresh challenge and aged 16 returned her focus on pole vaulting. Despite his initial surprise at this change in direction, her father fully supported her on the journey until aged 21, Alizée made a return to the climbing world.

Despite the change in direction, throughout the years dedicated to pole vaulting Alizée couldn’t quite climbing completely and still spent many weekends at the crag and was still able to climb up to 8a!

Meanwhile pole vaulting was teaching her some valuable lessons about movement and she was captured by the process of achieving perfection within such a short space of time and movement that this discipline requires. Encouraged by her father, Alizée took the French pole vaulting title in 2006 and was only 5cm short of Olympic selection in the sport! It was at this point that Alizée decided to lay down the pole as she rediscovered her desire and passion that only rock climbing could bring.

“Pole vaulting made me improve my mental approach, concentration and self awareness. You have to be fully focussed without fear, you’ve only 3 tries to succeed in jumping a height that you have chosen to try”

Her return to climbing combined her drive to compete with her passion for the outdoors and the spirit of adventure that accompanies climbing on rock. On her return to climbing she spent a further 9 years as part of the French climbing team however found that the pressure to succeed combined with the frantic nature of a competition circuit was constantly at odds with her desire for the peaceful environment of the outdoors. Despite some podiums in both lead and boulder and a win at the Arco Rockmasters event Alizée discovered that what really motivated her was not the climber v route approach of the competition scene but was the fluid combination of a more natural challenge that the rock provided.

Alizée puts this realisation down in no small part to her lack of enjoyment in training regimes in the structured environment of the gyms and that the only palace she felt herself-happy and free, was immersed in the environment and community that outdoor climbing provided. Having managed to achieve a number of first female ascents outdoors, Alizée is now committed to pushing her limits on routes and boulders with a number of 9a leads and 8b boulders on her ticklist.

Currently embarking on her PHD in Sociology with a focus on the barriers experienced by women in climbing Alizée hopes to combine her passion for the outdoors, climbing and equality to help female climbers and non climbers achieve their goals. Breaking down barriers and creating an environment rooted in equality is her long term goal and she hopes that her experiences combined with the knowledge gained from the PHD will aid her achieve this goal.