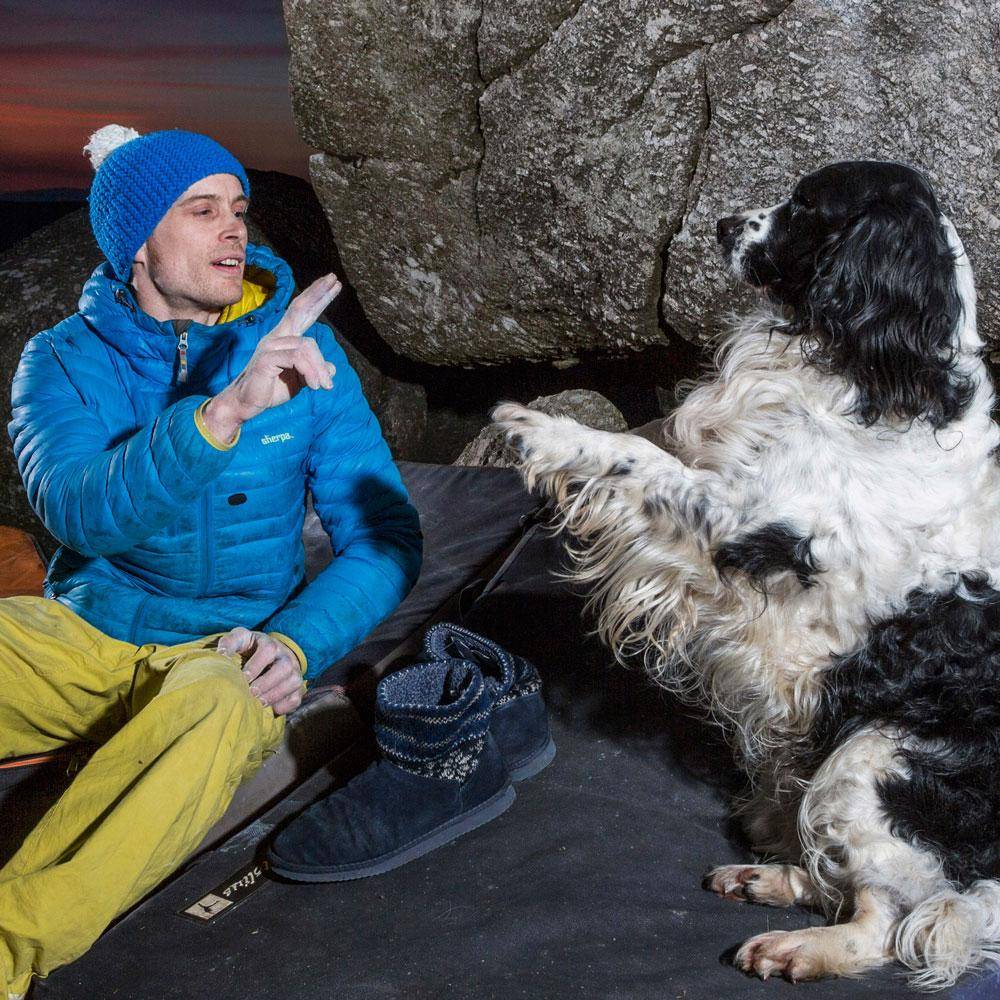 ‘It isn't the mountains ahead to climb that wear you out; it's the pebble in your shoe.’
-Muhammed Ali & Poet Robert W. Service

‘Life is to be spent smiling as much as possible. Be kind, show
empathy, love nature. Remember you’re just an animal and a mere speck in this
great universe. Everyday your lucky just to be here and even more so if you’ve
been given a 2nd chance!’

In college, Mikey was introduced to the only bouldering facility the old Bude Barn in Devon/Cornwall run by local activist Simon Young. Immediately dedicated, he made the 120 mile round trip 2 - 3 times a week until he couldn’t steer his old Vauxhall Nova out of his parking space. Yearning for some local climbing, Mikey began exploring and developing the slopey and compression style boulders of the Exmoor coast.

‘I’ve never been able to picture myself in a regular job/career long-term and moving and feeling as free as possible seeps out of every part of my being, I find activity outdoors in natural spaces fills me, before climbing I lived in the water from a young age and partaking in these activities is where and when I feel most content or at peace, being in beautiful spaces is certainly a big part of this.’

One of Devon's most notable climbers, Mikey claimed the First Ascents of Pe’ahi 8A+ and The Waterman 8B. Mikey first noticed Pe’ahi at Bonehill 15 odd years ago back when he could barely manage The Wave 7A, but said to himself that someday he would climb Pe’ahi. But during his best season in 2011, he suffered a stroke and didn’t know if the climb would ever be possible. But despite the setbacks and against all odds, Mikey worked hard and returned in 2014 to find himself topping out on the South-West's hardest boulder problem.

"I absolutely love to push myself. Climbing and the pursuit to do more, climb harder, and reach my personal limit seems endless."