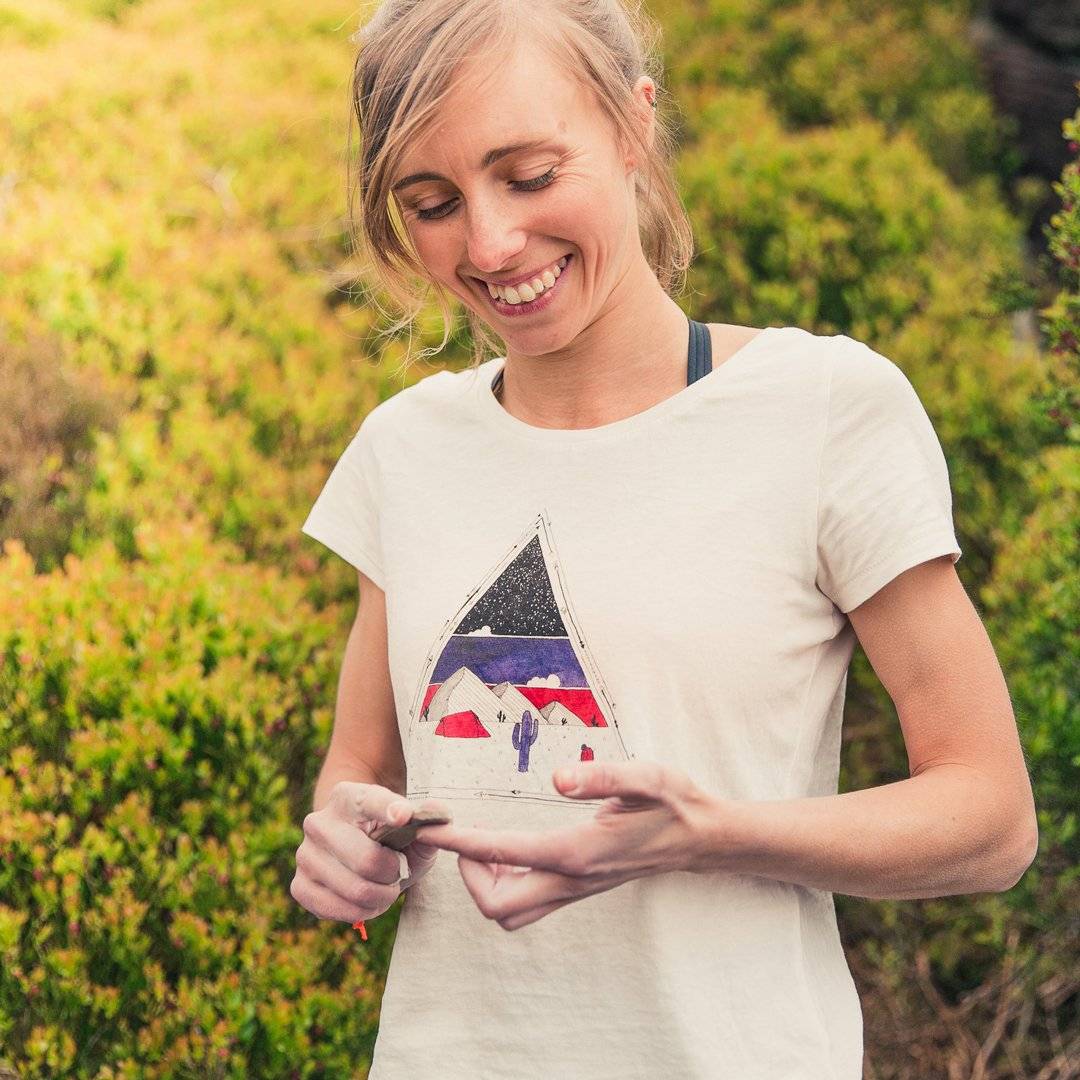 Holly started climbing as a child in kids club in mid Wales. Her dad was an outdoor instructor so encouraged her to do as much as possible. She climbed mainly indoors until her teens, when she started climbing outside and participating in comps, including BRYCS, Welsh and British Championships. But it wasn’t until her late teens that she really tried to push herself to climb harder. When she spur-of-the-moment entered Tout a Blocs, a boulder comp in France while on a trip out there. She surprised herself by coming 7th hinging a turning point in her climbing career.

‘Climbing is great because anyone can do it and achieve goals, and you don’t have to compare yourself to anyone else if you don’t want to. You may not be good at some sports, but climbing utilises your body in different ways and you can overcome certain barriers to some extent in the style you climb.’

Once at university, Holly began to get outside more and started focussing on bouldering and saw incredible results just getting out and climbing loads.

‘Climbing takes me away from every day life, the stresses of work, and is something fun I do for myself, to push myself and see what I can do.’

Since going on more trips and climbing more in the UK too, she's made consistent gains and in the last 18 months bouldered 8A, as well as took up sport climbing again, subsequently climbing three 8a’s and an 8b within four months.

‘You can choose what you want to do. I think that’s what is so appealing about climbing, to me. I can choose how hard I train, for which routes, and although I know I’m hard on myself sometimes, that’s my choice. I love the sense of achievement when all that hard work, all that effort, has paid off and I’m at the top of a boulder or route –sometimes by surprise! Then it starts all over again, looking for that next goal, that next project, that next trip. I love it!’

Holly works as a veterinary surgeon in her spare time away from climbing. She enjoys playing the violin, riding her two horses and an occasional bit of crafting.